MAN Museo d’Arte della Provincia di Nuoro and Fondazione ICA Milano present the second season of Connessioni Inventive. The project, articulated through an agenda of eight commissioned digital conversations, is conceived as an occasion of education and in-depth study and represents the result of a further collaboration between the two Italian institutions of contemporary art and culture.

In a time of intense civic reflection on the role and the opportunities of the theoretical productions in the field of culture, the digital approach by MAN and ICA offer, thanks to a shared program of lectures, a contribution of research, analysis and interpretation entrusted to influential Italian voices in their respective work fields.

Each appointment will be live streaming on the Facebook page of MAN_Museo d'Arte della Provincia di Nuoro (@museoman) and on the Instagram account of Fondazione ICA Milano (@ica_milano) every Thursday at 6 pm on the dates indicated below. The contributions will be later available on the dedicated YouTube channel (Connessioni Inventive) and on the institutions’ websites www.museoman.it and www.icamilano.it in order to build an archive accessible at any time.


Thursday, 15th April, 6 pm
Lisa Bortolotti
Delusions: ethical and philosophical reflections
This lecture faces the theme of delusions; unusual beliefs considered symptoms of conditions such as
schizophrenia and dementia. How do delusions originate and which role do they have within the mental lives of the people affected by them? Are they a totally negative phenomenon or can they also have positive functions? And how should we relate to people expressing such beliefs without discrediting their own perspectives and perpetuating their stigmatization?

Lisa Bortolotti studied philosophy in Bologna, London, Oxford and Canberra. Since 2013 she is Professor of Philosophy at the University of Birmingham. Bortolotti’s research is mainly in the philosophy of mind and she also collaborates with psychologists and psychiatrists on research projects on rationality, mental illness, information and misinformation. She wrote several books, among which an introduction to philosophy of science for Polity (2008) and two monographs for Oxford University Press (Delusions and Other Irrational Beliefs, 2009 and The Epistemic Innocence of Irrational Beliefs, 2020). From 2014 to 2019 she led PERFECT, an ERC-funded project on the same themes.


Thursday, 22nd April, 6 pm
Vittorio Bufacchi
Violence: a multidimensional concept
There are two ways of understanding violence: in terms of an act of force (minimalist conception of violence) or in terms of a violation (comprehensive conception of violence). In the first case, the act of force can be either intentional or unintentional, furthermore it can be the result of a direct action or an omission. In the second instance, it is necessary to specify what is being violated by an act of violence. Two possibilities will be considered: our rights or our integrity. Finally, to fully understand violence we must look beyond the act of violence; violence is also a phenomenological experience.

Vittorio Bufacchi teaches Political Philosophy at University College Cork, Ireland. He holds a PhD from the London School of Economics (1994) and has taught in England, the Unites States and Ireland. Bufacchi is the author of several books, including Violence and Social Justice (2007), Social Injustice (2012) and in Italian L'Italia Contesa. Dieci anni di lotta politica da Mani Pulite a Berlusconi, with Simon Burgess (Carocci 2002). His latest book Everything Must Change: Philosophical Lessons from Lockdown (2021) will be out in June.


Thursday, 29th April, 6 pm
Alessandra Fussi
Human emotions in the interactions with robots
The presentation focuses on the impact of service robots and social robots on human affectivity. What is a robot? Fussi offers a definition on the basis of which she proceeds to explain the distinction between service robots and social robots. However, she claims that in our daily life such distinction is being progressively blurred. While service robots have become more and more refined and are clearly endowed with some social skills, so-called social robots are still at an early stage of development, and are based on a simplified theory of emotions (the so-called theory of “basic emotions”). This claim is supported in particular by discussing the example of robots built with the purpose to help children in the autistic spectrum to recognize emotions and respond effectively to them. The presentation is based on a research whose results are coming out in Etica, emozioni, intelligenza artificiale, edited by Adriano Fabris, with texts by Alessandra Fussi, Giovanni Scarafile, Andrea Tomasi (Edizioni ETS, Pisa 2021, ebook - collana “Philosophica Digital”).

Alessandra Fussi obtained her PhD at Penn State University (USA) in 1997. After having taught in the U.S. at Boston College and at the College of the Holy Cross, she became associate professor of Moral Philosophy at the University of Pisa. Between 2017 and 2020 she was vice-president of EPSSE (European Philosophical Society for the Study of Emotions). Her interests are focused on issues of moral psychology both in ancient and contemporary thought. She wrote several articles on the Greek conception of emotions, a book on Leo Strauss interpreting Platonic dialogues (Edizioni ETS, 2012), a book on the relation between rhetoric and power in Plato’s Gorgias (Edizioni ETS, 2006). Her most recent book (Per una teoria della vergogna, Edizioni ETS, 2018) discusses ancient and contemporary theories of shame, both from the self-evaluation perspective and from the point of view based on the connection between shame and relationships of power between groups


Thursday, 6th May, 6 pm
Federico Cugurullo
Smart cities or monstrous cities?
The smart city is the city of the future where technological innovation is employed to reach aims of sustainability and wealth. Though, are we sure it is always this way? Urban experimentation and the development of the smart city as a global urban model can be understood critically with the help of Frankenstein, the well-known novel by Mary Shelley, demonstrating how, through international case studies, the different technologies of a urban construct individually functional, once assembled can generate monstrous results.

Federico Cugurullo is assistant professor in Smart and Sustainable Urbanism at Trinity College Dublin, Ireland. His research on the sustainability of several projects for “eco-cities” and “smart cities” in the Middle East and South-East Asia has been published in the most prestigious international journals of urbanism, to be later used by the English government and by the United Nations to prevent future urban problems. His current research project examines the use of artificial intelligence in the planning of autonomous cities.


Thursday, 13th May, 6 pm
Anna Marmodoro
The power of beauty
Does beauty exist is the world, or in our subjective experience of the world, or is it someway produced by the aesthetic education we receive within the socio-cultural context we are rooted in? We will consider each of these hypotheses and focus on how aesthetic properties (such as being beautiful), as well as perceptible properties (such as being red), are real properties of the objects in the world, which fully manifest themselves only through the casual interactions with the percipients. Just as the perceptible properties, aesthetic properties are causal powers of objects that which get activated and manifest in mutual interaction with the relevant powers of the percipient. On this basis, aesthetic judgments, like perceptual judgments, are apt for true or falsity, and their truth value depends on the “reliability” of the experiences that produce them.

Anna Marmodoro is Full Professor of Philosophy at the University of Durham, in Great Britain, where she has held the chair of metaphysics since 2016; during the previous decade, she was a fellow of University of Oxford, where he still maintains the role of associate faculty member. Anna has research interests mainly in two fields: the history of philosophy (ancient, late ancient and medieval) and contemporary analytical metaphysics. She has published numerous books, articles and edited volumes with Oxford University Press and Cambridge University Press, including Forms and Structure in Plato's Metaphysics forthcoming in July 2021. In Italian Anna has published with Carocci Metafisica. Una Breve Introduzione, which she co-authored with Erasmus Mayr. She is also co-editor of the peer-reviewed journal Dialogoi. Ancient Philosophy Today.


Thursday, 20th May, 6 pm
Roberto Dainotto
Ernesto de Martino’s Italian Africa
This lecture aims at historicizing the studies on tarantism undertaken by Ernesto De Martino and his team in 1959. Framed in its historical context, the Salento region becomes the theatre for the ritualistic catharsis of a double regret: first, for the persistence of the Southern question, repressed but never answered, during the years of Italy’s economic miracle; and, second, for the Italian South’s missed encounter with the de-colonizing process underway in North Africa.

Roberto Dainotto is professor of Literature at Duke University, USA. Among his publications there are: Racconti Americani del ‘900 (Einaudi Scuola, 1999); Place in Literature: Regions, Cultures, Communities (Cornell UP, 2000); Europe (in Theory) (Duke UP, 2007); and Mafia: A Cultural History (Reaktion Books, 2015). Dainotto has also edited a monograph of Italian Culture on Giambattista Vico (2017), and co-edited with Fredric Jameson Gramsci in the World (Duke UP, 2020).


Thursday, 27th May, 6 pm
Achille Varzi
What is a city?
Cities are mysteriously attractive. The more we get used to being citizens of the world, the more we feel the need to identify ourselves with a city. Moreover, this need does not seem disturbed at all by the fact that the urban landscape around us changes continuously: infrastructures grow, new buildings rise, new restaurants open, new stores, new parks… Cities seem to vindicate Heraclitus’s dictum: you cannot step twice into the same river; you cannot walk twice through the same city. But, as with the river, we want and need to say that it is the same city we are walking through every day. It is always different, but numerically self-identical. How is that possible? What sort of mysterious creature is a city?

Achille C. Varzi is full professor of Logic and Metaphysics at Columbia University, New York, where he has been living and teaching since 1995. He is the author or co-author of numerous academics books and of more than 200 publications in journals or edited volumes. In Italy, Varzi is known also for his writings for the general public, inspired by the belief that philosophy is a challenge whereby thinking originates from the simplicity of daily things and uncovers their dazzling, marvellous complexity.


Thursday, 3rd June, 6 pm
Linda Bertelli
Be quiet, or rather, write. Language and gesture of transformation in Carla Lonzi
The intervention suggests an interpretation of the existential and intellectual case of Carla Lonzi (1931-1982), one of the founders of the so-called “second-wave feminism” in Italy. Moving from one of the last texts by Lonzi – Now you can go. Dialogue with Pietro Consagra (1980), Bertelli takes into account the author both as a recognized initiator of the new feminism of the Seventies and as the author and thinker to be placed within her own historical, cultural and political context. The presentation is based on the research Bertelli brought further, together with her colleague Marta Equi Pierazzini (Bocconi University), on these same topics for a monograph currently in the process of being published.

Linda Bertelli is a senior researcher in Aesthetics at the IMT School for Advanced Studies Lucca. Her research focuses on the theories of the image and the history of the Twentieth-century aesthetics, the history and theory of photography and the practices of visualization in science and art between the Nineteenth and Twentieth centuries, and, more recently, contemporary feminist aesthetics.  She gained her PhD in Philosophy at the University of Pisa and, before joining the Faculty at IMT School, was Visiting Scholar at the John D. Calandra Italian American Institute at the City University of New York. Along with the monographs on Henri Bergson and Ernst Bloch, she published several essays on the history and theory of scientific photography and on the work of the Italian feminist theoretician Carla Lonzi. 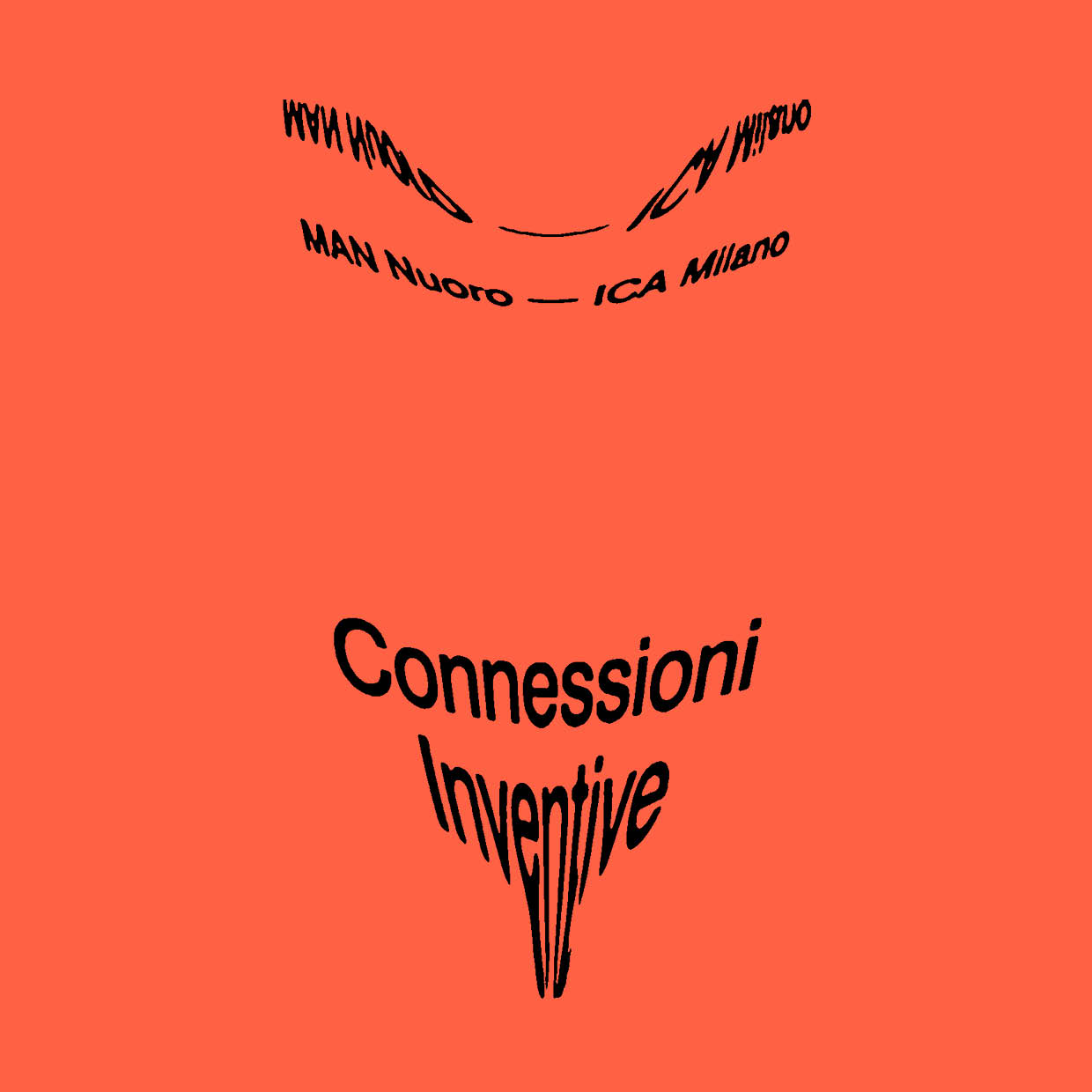